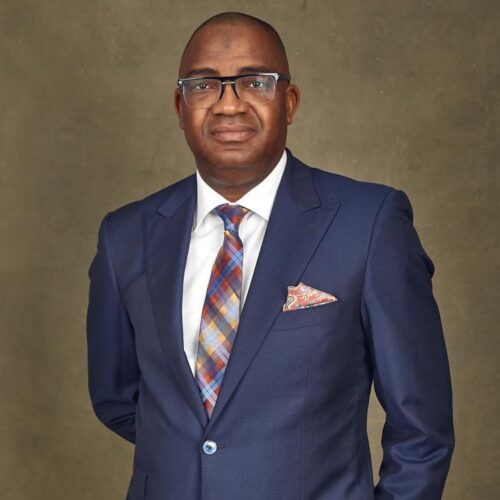 Abubakar Aribidesi Jimoh is the founder and Group Chief Executive Officer of TrustBanc Holdings Limited, a non-operating financial holding company. He holds a bachelor and master’s degree in Finance at the University of Lagos. He is a Chartered Financial Analyst, Certified General Accountant, Chartered Internal Auditor and Financial Risk Manager.     He has over 25 years of experience in the banking industry and has managed and built profitable financial institutions that have grown to become market leaders in their various market segments. Abubakar started out as a National Youth Service Corps member at Lion Bank in 1988 before joining Prime Merchant Bank Limited (Corporate Banking), where he served as the AM/ Head of Special Projects in 1990. He also served as Head of Securities Trading and Treasury, Express Discount Limited (1993); Manager (RBC Investments, IAS), RBC Financial Group, Toronto (1999); Division Chief, Private Sector Portfolio Management, African Development Bank (2005); Divisional Head/GM, Balance Sheet Management/Market Risk & Investor Relations, UBA Group (2008); and Managing Director/Chief Operating Officer (2011), Coronation Merchant Bank Limited (Formerly Associate Discount House Limited ADH). He is currently the Group Chief Executive Officer of TrustBanc Holdings Limited, a company he founded in 2013, which focuses on wealth management, ethical and conventional investment management, security trading, lending, and forex.     Abubakar is a graduate of London Business School and Lagos Business School where he underwent trainings in Strategic Investment Management and Advanced Management. He is a fellow of the Chartered Institute of Bankers and Institute of Chartered Accountants, Nigeria as well as a former member of the Central Bank of Nigeria-led Bankers’ Committee. 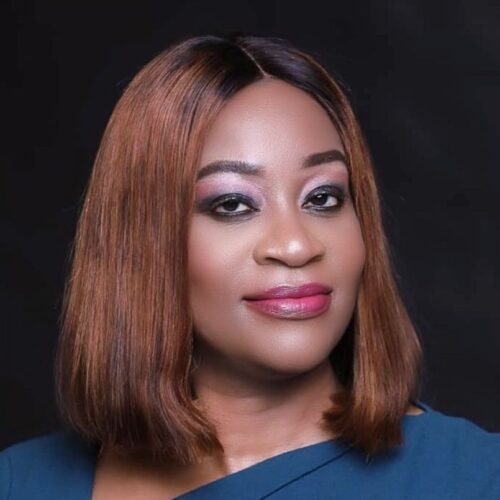 Chioma Sideso is a seasoned strategic leader with experience in complex developing markets. She has over fifteen years board experience in highly regulated sectors as an executive director, independent director and non-executive director ranging from start-ups to well established private and publicly listed companies in industries as diverse as logistics, mining, insurance, and financial services.

She spent over a decade as the CEO of NSIA Insurance Ltd, a Pan-African financial services provider with a vast footprint across Africa, participating in steering the African expansion strategy. With strengths in governance, strategy, performance improvement and culture change, she is an experienced business leader and board director with a successful record of growing and transforming businesses in diverse sectors. She has extensive knowledge of doing business in Africa and has chaired cross functional/cultural multilingual teams to ensure growth strategies are achieved. Chioma has facilitated numerous development programs promoting financial inclusion and supported projects indicative of the strong ESG business model adopted.

She built her early career in banking and insurance and began forging a path in Nigeria’s insurance industry where she became passionate about change management and transformation. Under her leadership, NSIA received recognition as an “Employer of Choice”.

Chioma is an avid traveller and enjoys an active lifestyle filled with sports, travel, and the pursuit of new experiences. 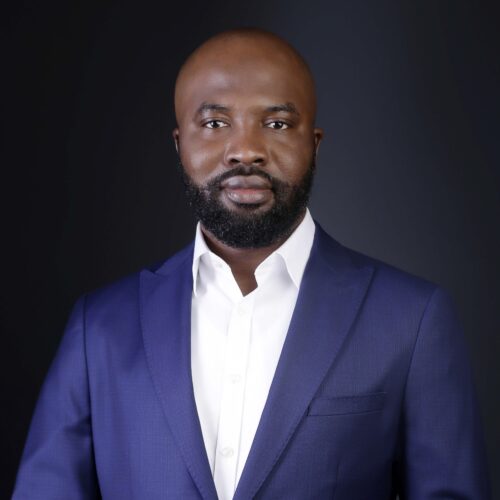 Baqi Salihu is a seasoned professional with over 18 years of substantive experience in Mobile Telecoms Engineering, Operations, RF Planning & Optimization, and Digital Services. He is a highly accomplished and result-oriented ICT expert with a proven record of building, managing, and growing technology departments and organizations.

Baqi started his career in mobile communication in 2003 with ZTE Corporation of China in the Research Division. He has also worked in MTN Nigeria between 2005 and 2008 before joining Etisalat Nigeria in December 2008.

Baqi holds a bachelor’s degree in Electrical and Computer Engineering from the Federal University of Technology, Minna. He also has a post graduate certificate in Artificial Intelligence and Machine Learning from the McCombs School of Business, University of Texas.

Baqi led Network Quality of service and Support Department as Acting Director from November 13, 2017 and as the substantive Director of the same department since May 2018. He additionally led Network Engineering and Network Deployment up till December 2020. He has been the Deputy Chief Technical Officer since January 2021. He joined the then Etisalat in December 15, 2008, where he has been building new and refining existing technology solutions to deliver value to all stakeholders.

He has completed a two-year Massachusetts Institute of Technology Regional Entrepreneurship Acceleration Program by 2021. 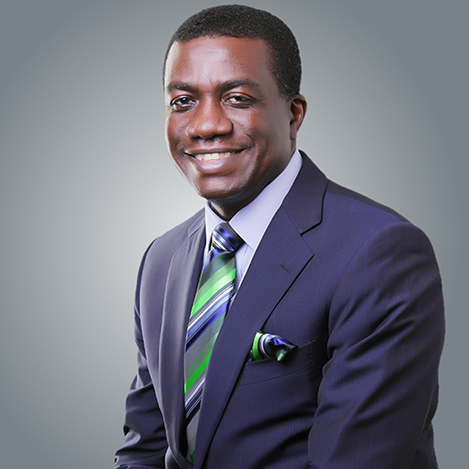 He holds an MBA from Manchester Business School UK, a Master of Science degree in Economics from University of Lagos and a Bachelor of Science degree in Economics from Ahmadu Bello University, Zaria, Nigeria. He has attended several Executive Management Development Programmes on Leadership, Corporate Governance, Credit and Risk-Management in leading institutions. 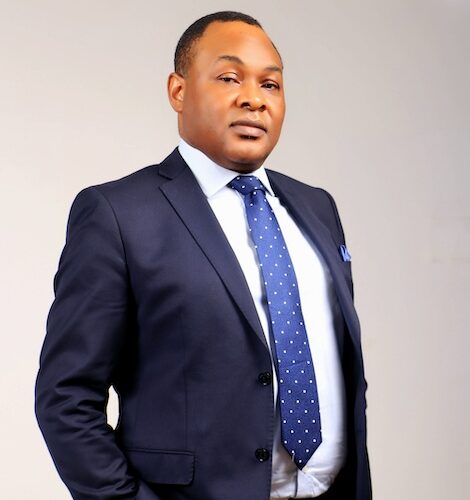 He holds an LLB from the University of Benin; a BL from Nigeria Law School, Lagos; a PGD in Business Administration from RSUST Port Harcourt; an MBA in Financial Management from FUT, Owerri and a Chartered Banker MBA from Bangor University, Wales. He is both an Honorary and Associate Member of CIBN, a member of the Chartered Banker Institute, UK, NIM and a Fellow of the ICA, Nigeria. 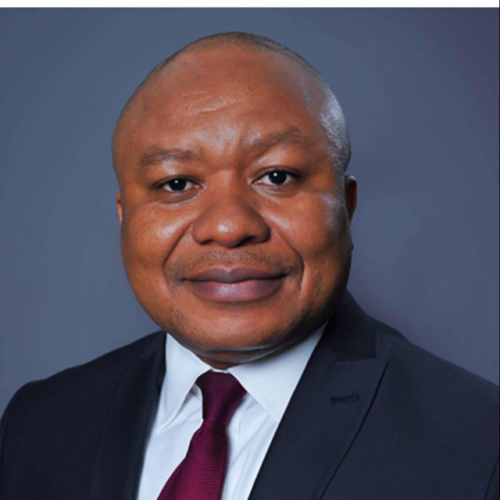 As an experienced risk manager and business development enthusiast, he championed the automation of MSME, Consumer and Small Corporate Lending with the implementation of the KASTLE ULS at Diamond Bank PLC (now Access Bank Plc) and CAMS Lending Solution at Stanbic IBTC.

Anthony is an Accounting graduate of the University of Calabar and holds an MBA degree from the University of Benin. He is a Fellow of the Institute of Chartered Accountants of Nigeria and a Standard Bank certified credit coach.

He has attended a number of managerial and leadership programmes including the Executive Development programme of the Wharton Business School, The University of Pennsylvania, USA.

We use cookies on our website to give you the most relevant experience by remembering your preferences and repeat visits. By clicking “Accept”, you consent to the use of ALL the cookies.
Cookie settingsACCEPT
Manage consent

This website uses cookies to improve your experience while you navigate through the website. Out of these, the cookies that are categorized as necessary are stored on your browser as they are essential for the working of basic functionalities of the website. We also use third-party cookies that help us analyze and understand how you use this website. These cookies will be stored in your browser only with your consent. You also have the option to opt-out of these cookies. But opting out of some of these cookies may affect your browsing experience.
Necessary Always Enabled
Necessary cookies are absolutely essential for the website to function properly. This category only includes cookies that ensures basic functionalities and security features of the website. These cookies do not store any personal information.
Non-necessary
Any cookies that may not be particularly necessary for the website to function and is used specifically to collect user personal data via analytics, ads, other embedded contents are termed as non-necessary cookies. It is mandatory to procure user consent prior to running these cookies on your website.
SAVE & ACCEPT